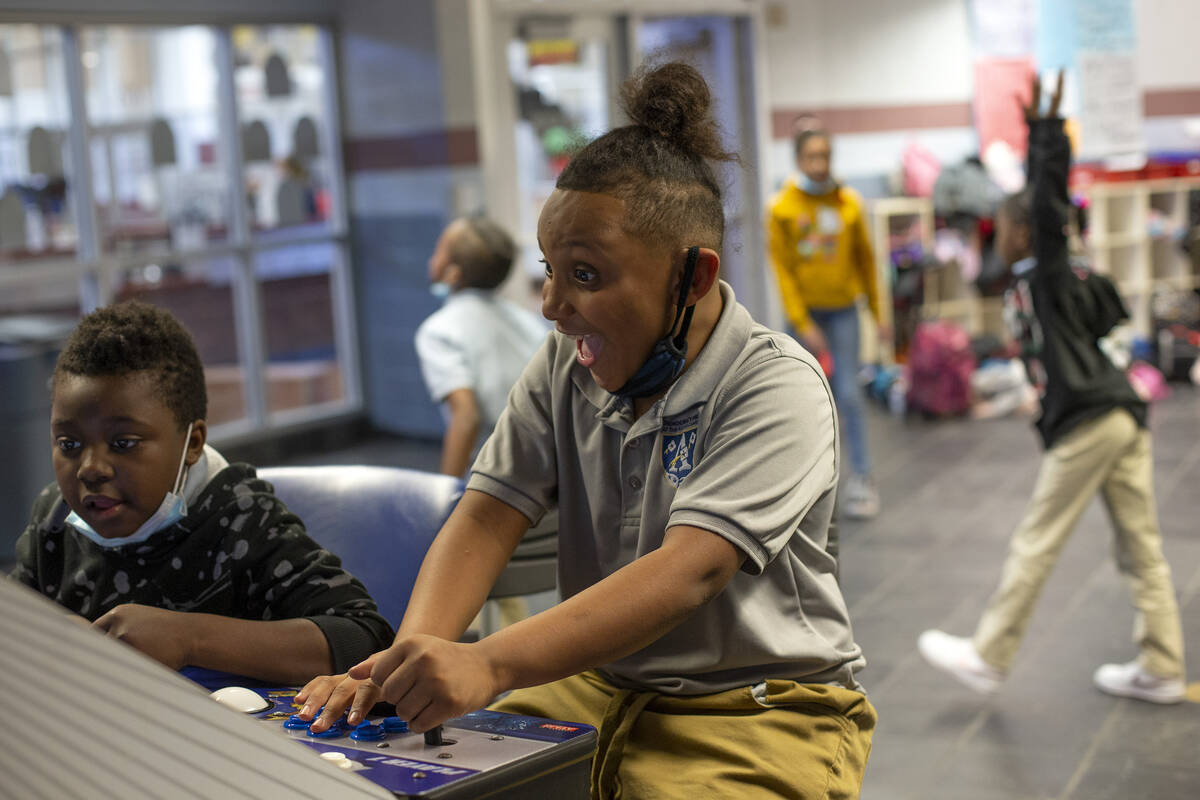 Friday mornings are busy at the Doolittle Community Center. A steady stream of people walk through the door from 8 a.m., when women in sportswear come in for a dance class, to 10 a.m., when the gym is a cacophony of clattering metal.

At noon, dozens of children rush through the gate and into the children’s center, where snacks and video games await. Around 4 p.m., a hundred students thronged the building. A computer lab and quiet classrooms that have been transformed into schools for distance education ensure that students in the neighborhood have stable Wi-Fi and help with homework.

Nine schools are within a mile of Doolittle, including Democracy Preparatory Academy across the street. During the spring months, many of these students serve on several Doolittle basketball teams.

Even before Doolittle was built on J Street in 1965, the historic Westside’s community centers served as a safe gathering place for residents of all ages, offering sports and education for children, resources for families in need and a central location for neighbors. get to know each other.

Former Doolittle Community Center coordinator Phil Thompson recalls growing up in the so-called Westside, an area north of downtown Las Vegas, when other nearby community centers offered sports for children , board games and an after-school snack.

Thompson, 58, grew up with three siblings in a residence in the Herbert Gerson Park housing project and said he started sports leagues in Doolittle in the 1980s to alleviate gang violence created by rivalries in district. The Gerson Park Kingsmen were once a very well-known street gang in southern Nevada.

“It was to bridge the gap and make the transition to gang life more difficult,” said Thompson, who retired from Doolittle about 15 years ago. “I see this same child every day. I don’t want to be his enemy; I want to be his friend.

Thompson recalled when Doolittle only had one gym when it was Nevada’s largest youth basketball league. The teams played matches six days a week.

“Gang culture would have been much worse than it was back then,” he said. “At that time, there was no sports in middle school. They had cut sports programs from middle school. The children had nowhere to go and expend their energy.

“Our children are resilient”

Thompson’s childhood home on Lake Mead and Martin Luther King Boulevards was demolished in 1999 due to structural contamination. Thompson said he was relieved because the neighborhood was associated with crime, which paved the way for new businesses to develop in the area.

Now Doolittle basketball has 70 teams. And despite having two gymnasiums on the property, said Doolittle recreation coordinator Ed Dickens, they often rent out a third space.

“Crime is down during our community center opening hours,” Dickens said, citing figures given to him by the Metropolitan Police Department. “When we closed for COVID-19, the city cut our hours because we were in a financial crisis, but they were champions at getting us back to full steam ahead. If these children in our community do not have this opportunity, what else do they have?

Dickens echoed the message Thompson said Westside community centers have always had. Doolittle serves as a safe space with an open door for everyone, as long as rivalries are dropped at the door.

Children’s room assistant Jaalah Lewis, 25, said she hopes the primary school children she sees every day will have the opportunity to achieve their lofty dreams.

“When you see our children, they are like all other children. They have hopes and dreams,” she said. “Our children are resilient.”

Lewis grew up on D Street and Lake Mead and now hopes to stay on the Westside, potentially buying land and one day opening a non-profit foundation.

On the left side of the lobby this month, 30 flyers were displayed as resources for residents. One advertised free mammograms, while another encouraged military service. Yet another gave details of a utility tax refund.

Dickens said anyone is welcome to advertise at Doolittle, and local businesses often do.

Meet a variety of needs

“Anything we can do to make things better for these families, that’s what we’re doing,” Smith said, citing the personal finance, healthy relationship, Spanish and nutrition classes offered at Pearson.

Recently, Smith said she received a survey from the Regional Transportation Commission asking how the commission could improve service in the area, and she is working with nearby groups to plan an Easter event for residents.

“In the 1980s, the drug problem hit this community,” she said. “But we have improved. Then we had the depression in 2008, but we rebuilt again. He rebuilds himself. People in the community need to be a support system for themselves.

China Hudson, coordinator of the West Las Vegas Library Theater performing arts center, said the most recent example of the community persevering together was during the pandemic. The library held workshops to teach parents how to become educators, the health district set up a testing center in the parking lot, and the library continued to do what libraries do: provide free access to computers, books and other resources.

“I believe that’s when the Westside pulled together to make sure our kids were okay,” Hudson said. “Libraries and community centers have all said, ‘What can I do and how can I help?’ I think we managed to pull through and make sure the kids got what they needed.

The Library Theater continues to offer free weekly events and workshops, such as the 10th Annual Contemporary Dance Company Tour and the Joe Louis Exhibit inside the Library, featuring portraits and items surrounding the gloves and the championship belt of Lewis.

The lettered streets of the Westside have small plaques below them honoring actress Dorothy Dandridge, tennis player Althea Gibson and author Maulana Karenga.

The area around B Street is mostly dirt lots, one of which proclaims the future site of a College of Southern Nevada campus. Tucked under the US Highway 95 and Interstate 15 interchange, commonly known as the Spaghetti Bowl, is a neatly painted building with office spaces surrounding a grassy courtyard. The building on the far right has two murals and a plaque commemorating the oldest school in Las Vegas.

Diane Siebrandt of the Las Vegas Historic Preservation Commission said the historic Westside School was originally used for local Paiute children. As the Westside became predominantly black, the school served neighborhood children, with a renovated wing, until 1967 when local schools were desegregated. Today, the building houses several offices, including the KCEP-FM radio station, 88.1.

Craig Knight, chief executive of KCEP, said the station is seen as an educational resource in the neighborhood. The daily talk radio covers news, mortgages, insurance plans, taxes and health care. The KCEP moved into the school in 1971 and maintained the property until 2015 when the city took over.

Radio station employees also sit on Metro’s multicultural advisory board, where Knight said they work as liaisons between residents and the department.

“The community feels comfortable telling us what they want,” Knight said. “We are able to listen to the community, bring them to meetings and translate this to the police so they can understand. We are a happy medium.

As more Hispanic neighbors move in, subway officer Luis Vidal hopes football will help residents see the neighborhood’s future adults being more ambitious than their parents. Vidal is the head coach and founder of Bolden Lions, a free high school football team that strives to get students into college, ideally through scholarship. The team requires players to maintain a minimum GPA of 2.5.

The team started in 2019 with 22 youngsters, including seven seniors. Vidal paired each student with a subway officer who served as a mentor. Officers helped with homework, college applications and scholarships, and even visited their school counselors to talk about the players’ future. Outside of their inaugural season, all seven seniors have graduated, three are attending UNLV and one is offering summer internships with Google and Amazon.

“You may not see the results now, but generationally speaking, you are making an impact to change and break down cultural barriers, breaking those generational curses of repeating the same mistakes and issues,” he said.