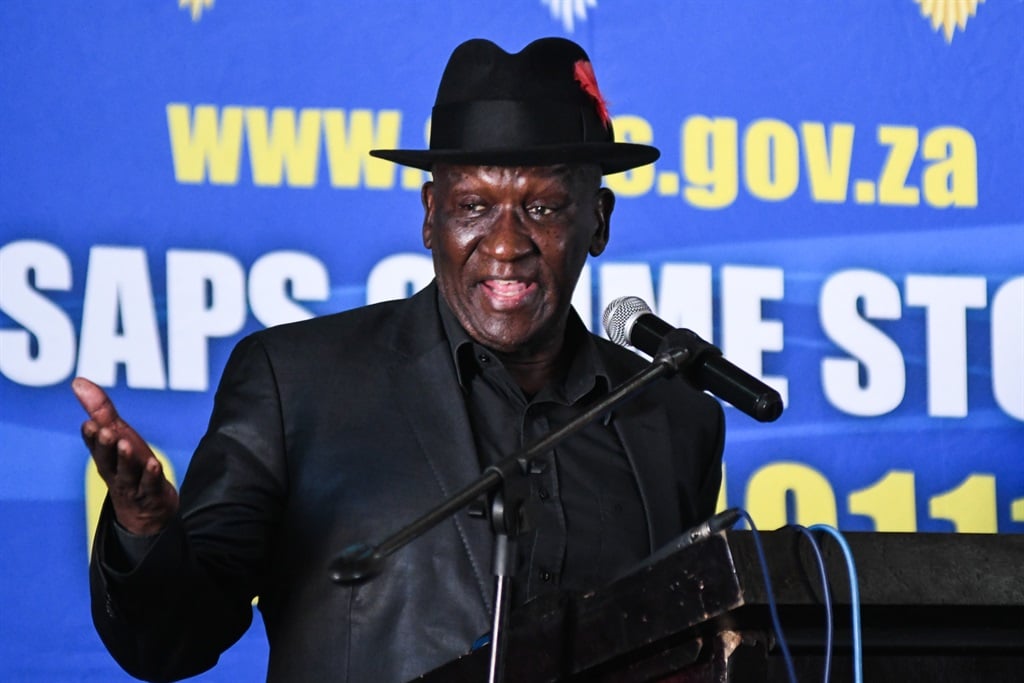 We don’t hire tattooed job seekers because they tend to be gangsters, says Cele

Police Minister Bheki Cele assured residents of Orlando East that police visibility in the area would be improved.

This after unknown gunmen killed 15 people in a mass shooting at an Orlando tavern on Sunday morning.

Twenty-three people were shot inside the Mdlalose Tavern in Orlando East. Twelve were killed at the scene, three more died in hospital and eight injured clients are still recovering in surgical wards at nearby hospitals.

Police said they had tasked an 11-member team to investigate the killings and maximum resources had been activated to track down and apprehend the five suspects.

Cele said the elite police tactical unit would be deployed to the area on Monday evening.

He urged the community to work with the police to tackle the scourge of crime, adding:

We want to saturate the streets here so criminals don’t take over our streets.

He added that the misuse of state vehicles by police officers would not be tolerated and promised that 10,000 newly recruited police officers, who were undergoing training through December 15, would also help secure communities.

Cele said they would recruit and select suitable candidates to serve as police officers, adding that all candidates would be subjected to physical fitness, psychometric and integrity tests, as well as medical evaluations during the recruitment process, selection and enrolment.

“When you have a tattoo, you don’t get hired because you tend to be a gangster.”