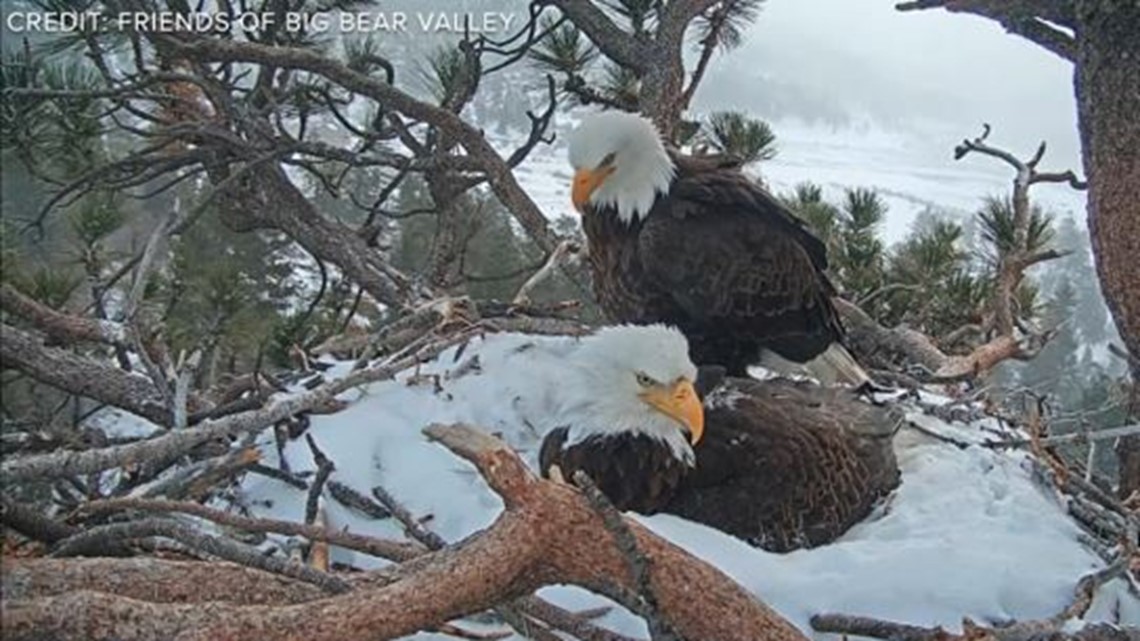 BIG BEAR LAKE, Calif. – A pair of bald eagles are again tending to their nest with a pair of eggs this year near Big Bear Lake in the mountains of southern California. The Friends of Big Bear Valley streaming video shows both the female eagle, named Jackie, returning to the nest one snowy morning to take over nesting duties from the larger male named Shadow.

The nest is in a pine about 145 feet above the ground.

Snow and ice make travel risky on many of California’s mountain highways as a very cold and windy storm rolls in.

Many parts of the state experienced freezing temperatures early Wednesday and a widespread hard freeze is forecast for early Thursday.