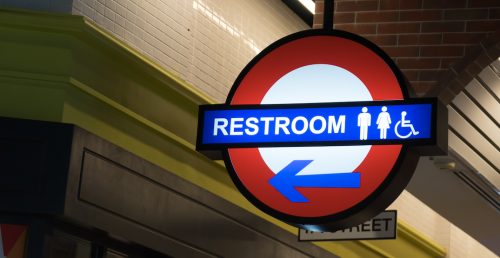 Transit riders in Metro Vancouver have been asking for public restrooms, and now they’re getting them.

The first six public restrooms under this particular strategy will be built at busy train stations and bus interchanges at a combined cost of $6.4 million, with each restroom location equipped with multiple stalls.

The transit authority has yet to announce specific locations.

To date, public restrooms have not been made available on the transit system due not only to the cost of construction and installation, but also the much higher ongoing costs of operating, cleaning and maintenance.

For this reason, the initial budget for the public restroom strategy comes with an operating cost budget of $12 million – enough to operate the first six public restroom locations for the duration of the 10-year strategy.

Given the relative readiness of spaces in a few years, two of the first public restroom locations will likely include the future Broadway-City Hall and Arbutus stations of SkyTrain’s Millennium Line Broadway Extension, which will open in 2025. An empty space built in each of these new stations is intended to be used as public toilets, when funds are available for furnishing and operating the facilities.

A fully furnished public restroom already exists as part of the recent Metrotown station upgrade, but TransLink has not opened the facility due to anticipated high operating costs.

In addition, TransLink’s previous strategy for the Metrotown station’s public restrooms was to turn over the operation of the facilities to the tenant of the station’s new retail unit. However, he was unable to rent the space.

TransLink’s board first approved a strategy in 2018 to introduce public restrooms at busy SkyTrain stations and bus interchanges, with these facilities potentially operated by third-party partnerships to maximize the experience , passenger safety and security, while minimizing costs and risks for the transit authority.

However, the strategy approved in 2018 was not implemented as it was not associated with funding, but this will change if the strategy for public toilets, under the new ten-year plan, is approved by the Council of mayors this summer.

TransLink has also reached an agreement with the Vancouver Park Board to cover the cost of installing two single-cab restroom structures on Melville Street next to the SkyTrain Burrard station, as part of the station upgrade. previously planned. But that wouldn’t be part of TransLink’s public restroom strategy, as the park board would be responsible for maintenance. It is unclear whether the two restrooms at Burrard Station will be retained in the station’s revised upgrade plans.

Introducing public restrooms throughout the system was the top request from respondents during TransLink’s public consultation on amenities last year. Over the years, various city councils in the area have also introduced motions to formally instruct the transit company to create public restrooms.

Currently, only SeaBus terminals have fully accessible public restrooms, located at the north end of the waiting areas. These ferry washrooms have been recently refurbished.

The online survey for projects to be included in the 10-year expansion priorities is open until May 4, 2022.