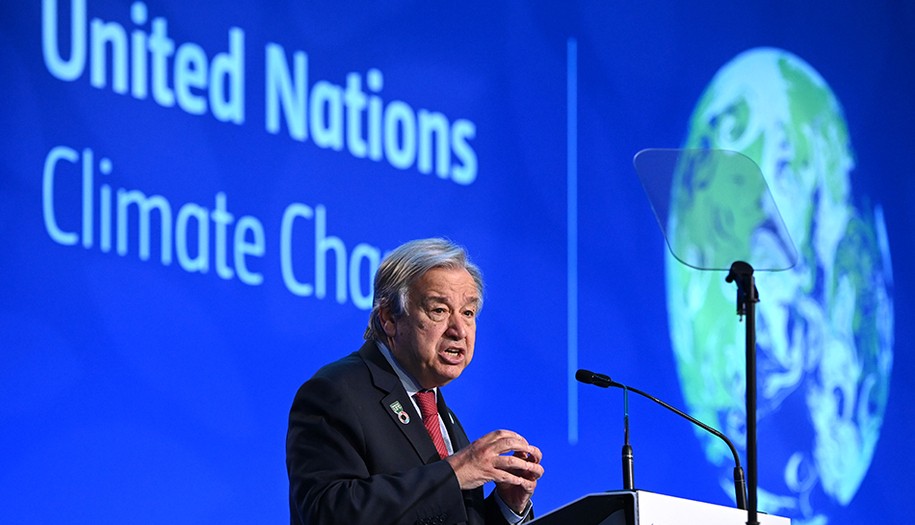 Crazylowing the signing of this agreement in 2016, more carbon was added to the atmosphere than in all of human history up to the end of World War II. This means that the possible decarbonization pathways that would allow the temperature rise to stay below 1.5 degrees, which seemed almost impossibly demanding in 2016, are now about twice as steep.

…an era defined by two somewhat paradoxical tendencies. The first is that real, albeit insufficient, progress is being made, paving the way for rapid decarbonization. The second development is how quickly even those who had been panicked by the warming began to normalize its impacts.

A good example of normalizing the impacts of climate change is how it is already reducing global and national food supplies. Fish stocks in warming oceans are declining. The 22-year drought in the western United States is impacting ranchers as they reduce their herd sizes as their land can support fewer cattle, impacting beef prices.

UN Secretary General António Guterres presented the new report in the world with a familiar rhetoric of fire and brimstone. “Almost half of humanity lives in the danger zone – now,” he said. “Many ecosystems are at the point of no return – now. Unchecked carbon pollution is forcing the world’s most vulnerable on a frog march towards destruction – now. The report itself concluded with similar fanfare: “Any further delay in concerted global action will miss a brief and rapidly closing window to ensure a livable future.” In his opening remarks, António Guterres made this point: “Delay means death.”

The window is rapidly closing to transmit a more livable world to future generations.