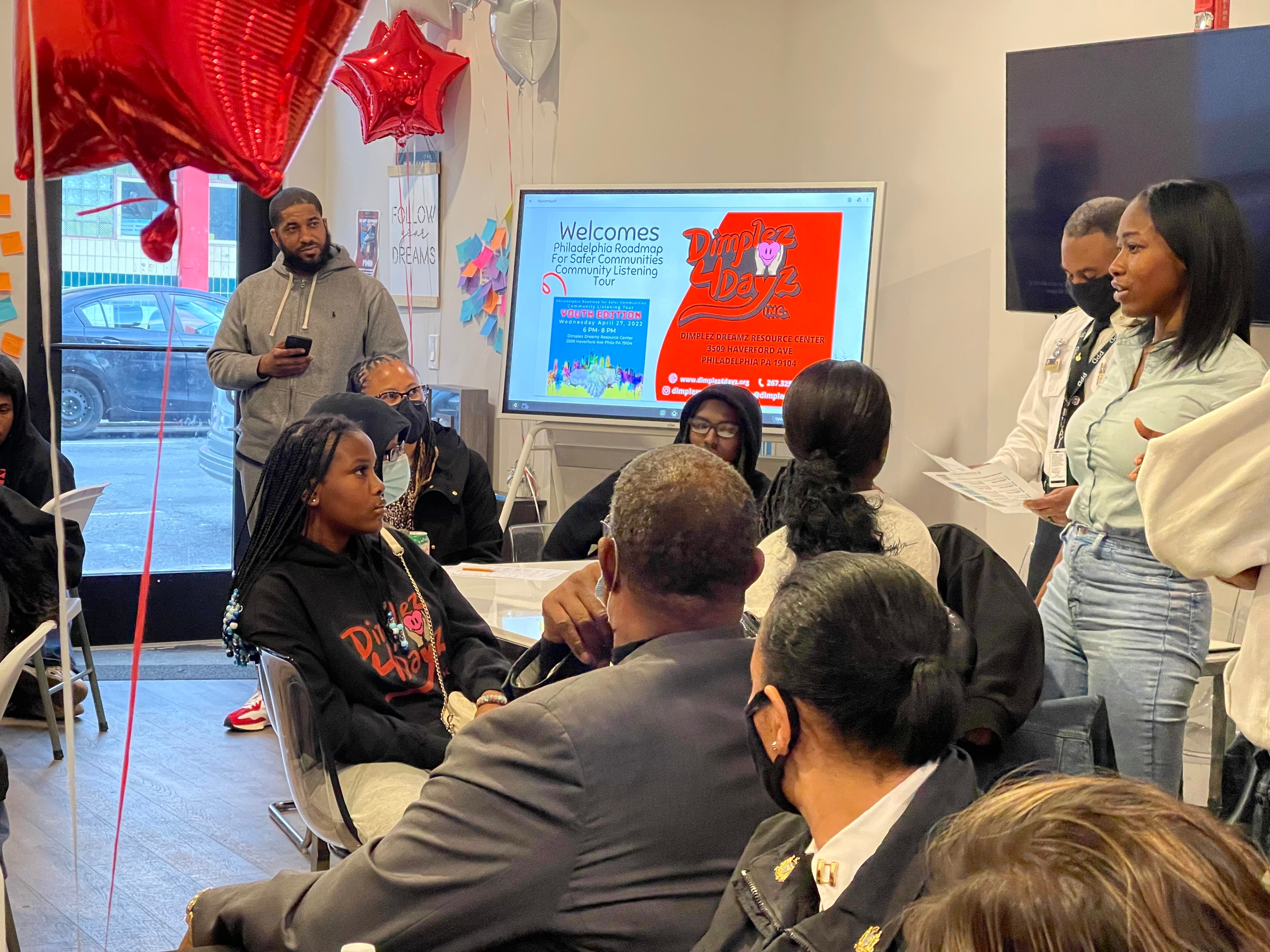 PHILADELPHIA (KYW Newsradio) – As the gun violence crisis continues to derail the lives of young people in the city, teens at a youth-run community center in West Philadelphia sat down with city leaders and police to discuss solutions. They say they want a seat at the table when it comes to solving the outbreak.

Akayla Brown is the founder of Dimplez 4 days, one of the only youth-run community centers in the city. She said they can’t do much without adequate funding.

“We serve about 30 to 40 children and we would like to be able to serve more, but we cannot due to lack of funding,” she said. “We push them, we do workforce development programs, we take them on trips. With the lack of funding, we cannot do everything we want to do.

Brown and 40 other teens sat down with city leaders and police at the center, located near 35th Street and Haverford Avenue, to express concern about rising gun violence in their neighborhoods.

Many like Ramier Jones, 18, of Southwest Philadelphia, say they’d like to see more city support and funding for quality after-school programs like Dimplez 4 Dayz, which provides a safe space for teens. The organization did not receive an anti-violence grant from the city in its final round.

“If you have school from 8am to 3am and then from 4am to 8am you’re here or in other places like this, then you don’t have time to go find something negative to do. Throughout your day is structured,” Jones bragged. “If we have more funding, we can expand that.”

Many teens said that regularly losing friends and people they know to gun violence is overwhelming and depressing, and dirty streets and public spaces only add to that stress.

“That’s one of the biggest things,” Brown noted. “We’re tired from walking around and it’s just dirty. I don’t think people understand that a clean street would honestly make someone feel a little more uplifted.

Also in attendance were Erica Atwood, Morris Hobson and others from the city’s Office of Policy and Strategic Initiatives for Criminal Justice and Public Safety.

“We ask these questions of everyone we talk to,” Atwood said. “What we want to do and understand is how does that help influence the strategy that we’ve developed, how do we pivot that strategy, how does what we do actually align with what we hear. What do we have to throw away and start over? »

Deputy Commissioner Joel Dales listened and took notes. He said the evening was a unique opportunity for the police to engage and talk with the children.

“People think kids don’t want to work with the police, but I was really amazed to see the kids literally asking for more police presence,” Dales said. “They want to see more police officers get out of their squad cars, get out and have a conversation with them. They emphasized, they said loud and clear that to receive respect, you have to give respect. So I really, really admire the kids here today.

Jones hopes their recommendations go beyond pen and paper.

“When it comes to accountability, we’ll get the job done, but we also need you to hold your own,” he told them. “Make sure that when that money comes in, it gets reinvested, not just in the programs, but in the good programs that actually do it.

“Twenty to 30 children, at least, come here every day after school. They talk about bringing their friends here. This is how you build the community, but we cannot build it without this funding.

The listening session was one of many city leaders are holding to engage neighborhoods affected by violence in talks about solutions, as part of the mayor’s campaign Roadmap for safer communities.