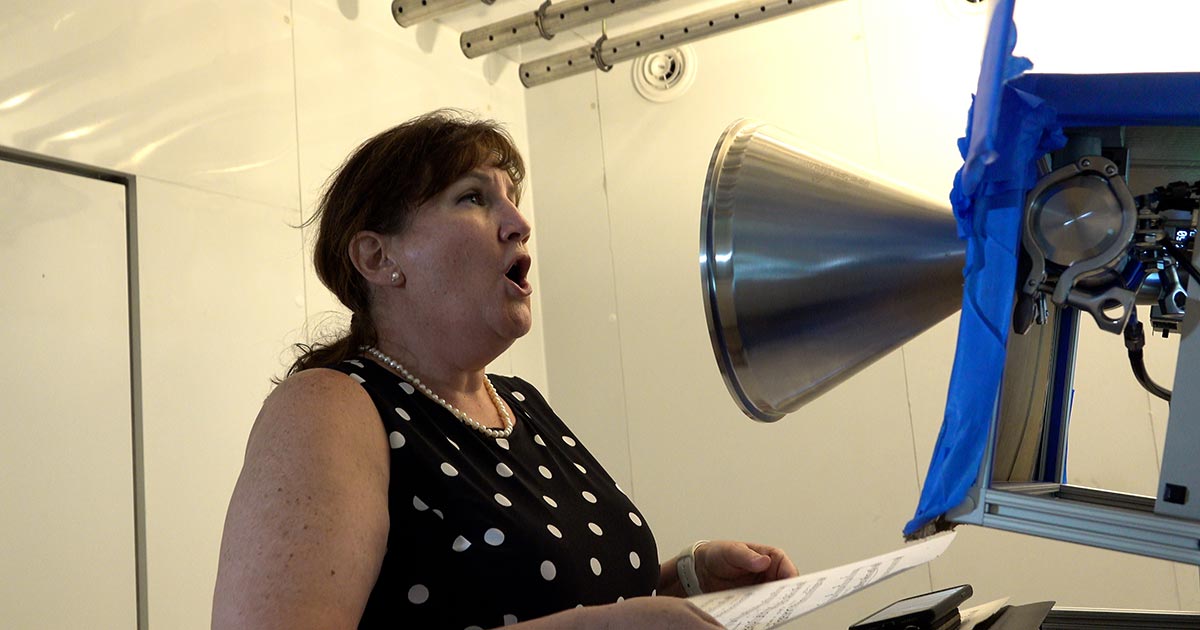 Singing, being a man and being an adult tend to produce more respiratory aerosols, study finds

Among their main findings, if there were differences between the number of particles emitted by minors (children aged 12-18) compared to adults, or men compared to women, these differences were largely due to to the volume of the participants’ voice and to the total exhaled carbon dioxide. . In other words, a man could produce more particles when speaking normally than a 12-year-old; but the child who sings or cries can produce more or as much as a man.

These observations were important, Volckens said, because they lend credence to the idea of â€‹â€‹measuring carbon dioxide levels and noise levels in an enclosed space as a means of assessing the risk of transmission.

“If there were significant differences after accounting for CO2 between men and women and children, then you need to know how many men, women and minors are in a room to estimate the risk of transmission, â€Volckens said. â€œOur data suggests that you don’t need to know that if you’re just measuring CO2 and noise levels, because these measurements are an equalizer for these demographic differences.

CO2 and noise level monitoring together, for example in an indoor performance hall, could serve as a simple and inexpensive risk indicator of airborne disease transmission – and not just COVID, but any airborne illness like seasonal flu or the common cold, Volckens said.

How the results were implemented

Goble said working with engineers at CSU has helped his team better understand how the visual and performing arts can re-implement their programming after being completely shut down or virtual for many months. Goble and his colleagues presented physical distancing, room occupancy ceilings, room ventilation, and masking protocols to the pandemic preparedness team in fall 2020. He and Volckens hosted webinars providing preliminary information about the study to groups like the National Association of Schools of Music who were eager to learn what the CSU researchers were finding.

â€œWe wanted to get some of this information out as soon as possible so people could make informed decisions based on their situation,â€ Goble said.

At CSU, the performing arts look a little different but are largely back to full operation after going completely virtual in the spring of 2020. Their current protocols include things like extra time between classes for students to do. Performance venues undergo sufficient air exchange between rehearsals, physical distancing of at least 6 feet for singing lessons, and restrictions on venue occupancy times. The use of masks, the wide availability of vaccines and UHC’s 90% vaccination rate have been a game-changer for the performing arts, Goble said, enabling program managers to implement risk mitigation by multiple layers while still allowing rehearsals, performances and lessons to take place.

â€œWe are very lucky to have experts like (Volckens) who have provided us with really great information to help us make decisions about what we can and cannot do at (University Arts Center),â€ said Goble.