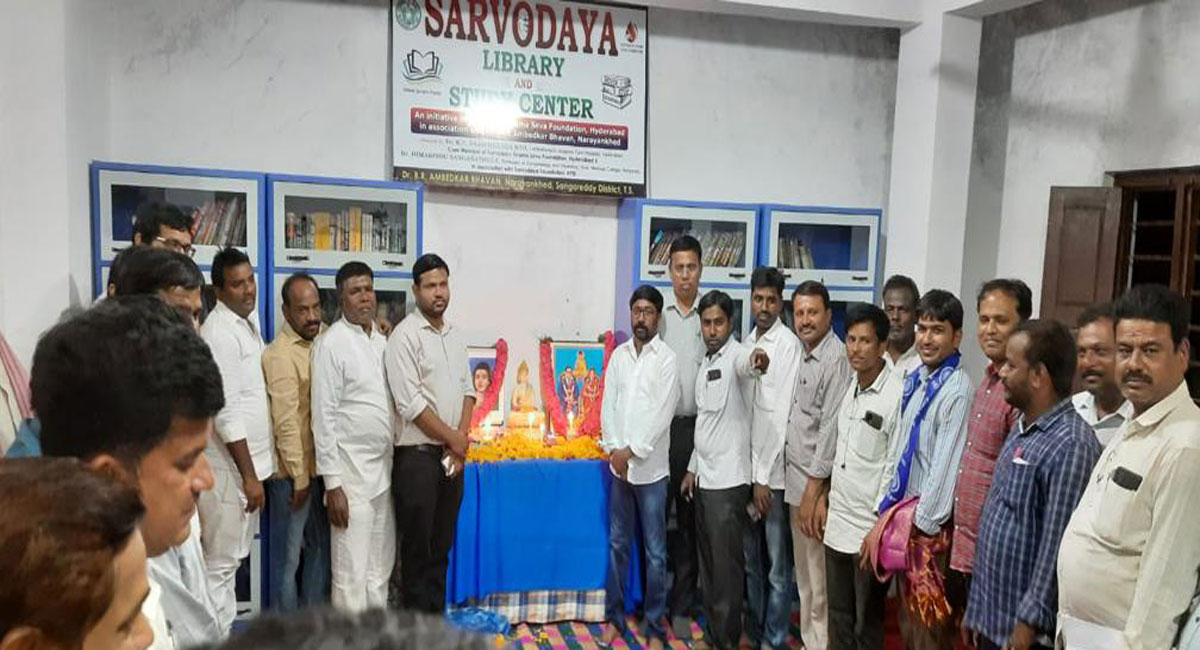 Sangareddy: Following the decision of the state government to issue several notifications for the recruitment of more than 91,000 employees in different departments, the founder of Sarvodaya Grama Seva Foundation (SGSF), Dr. Sudhakar Nayak, announced that it would establish libraries in all community Bhavans across the former Medak district if they receive donor funds.

Since most of the communities had government-built community halls in the villages, a Kanakaraju teacher from Chandlapur village in Chinnakodur Mandal of Siddipet district recently converted the Ambedkar Bhavan into a library. After inaugurating the library, Finance Minister T Harish Rao appealed to the people to convert community Bhavans into libraries to inculcate reading in the younger generation.

Responding to Harish Rao’s call, SGSF decided to convert Ambedkar Bhavan in Narayankhed town in Sangareddy district into a library as a couple of doctors, Dr. Rajshekar Rao and Dr. Hima Bindu donated one lakh. SGSF spent an additional Rs 50,000 from its corpus fund. He still needs additional Rs 50,000 to install DC cameras and buy furniture in the library

After inaugurating the library with SP M Ramana Kumar, additional collector Rajaharshi Sha and others on Saturday evening, SGSF founder Nayak informed that they would convert the community halls into libraries if donors come forward.

Meanwhile, Headmaster of Government Junior College Kalinga Krishna Kumar and his team showed up to oversee library operations. Krishna Kumar said there were 1,100 students at his college while 400 students were studying at nearby residential colleges. He observed that the Library would certainly help students who were preparing for competitive examinations.

Additional collector Rajharshi Sha said that libraries will not only help students prepare for competitive exams, but also provide a solid platform for students’ careers if they start reading at an early age.