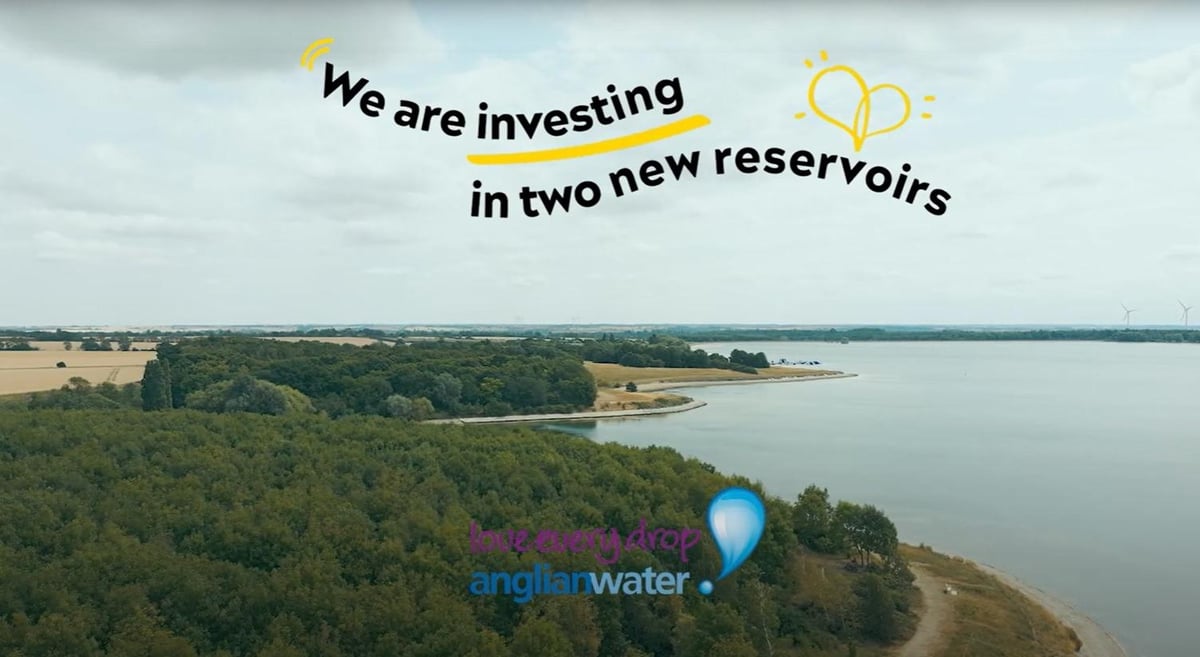 Amid the driest eight-month period since 1976, and with the east of England seeing just a fifth of its average rainfall in July, long-term plans for two new reservoirs that will ensure the the region’s water supply for future generations continues. progress.

Anglian Water is developing proposals for a new reservoir in the Fens and will see Anglian partner with Cambridge Water, the other will be in Lincolnshire – with a potential site on fenland between rural villages south of Sleaford.

Plans for the project have developed over the past 10 years with water companies set to share the results of a detailed site selection study in the fall, in what will be the first of a multi-phase consultation. on the proposals.

The news comes at a time when public awareness of water scarcity has never been higher. This summer’s heat wave illustrates the need to invest in more water storage, while climate change, the need to protect the environment and population growth combine to increase the demand for water resources in a way more noticeably in the East of England than any other part of the UK.

The two new reservoirs could provide enough water for at least 750,000 homes, while protecting the environment by allowing Anglian to reduce the amount of water taken from rivers and underground aquifers elsewhere in the region.

These projects are part of the company’s long-term water resources management plans and are linked to the larger regional plans led by Water Resources East. These plans cover 25 years and aim to make the region resistant to drought, while improving environmental protection.

For Anglian Water, the company says it will build on decades of existing investment in resilient infrastructure – such as its strategic 400km pipeline plan allowing it to move water from north to south and east in the region – helping customers reduce demand and reduce leakage to lower levels than their water utility counterparts.

The first pipeline is well advanced, with pipes currently being laid from North Lincolnshire to Grantham, then to East Anglia in a later phase.

All of this means that, despite being recently declared a ‘drought’ region last week, the company is one of the few not to impose a garden hose ban this year, despite operates in the driest region of the UK.

Alex Plant, Strategy and Regulatory Director for Anglian Water, said: “The reality is that we know the future holds far more people, but far fewer raindrops, we have been working on these projects for decades. years because we know how long they take to materialize.

“Right now, we are already working on strategic new pipelines to move water from the wetter parts to the drier parts of our region, installing more than one million smart meters in customers’ homes for help better understand their water use and reduce leakage to the world’s key low levels These reservoirs will build on these demand reduction measures.

Working with a panel of expert partners, Anglian Water undertook a wide range of assessments to identify potential reservoir locations.

Hannah Stanley-Jones, head of future resources strategy for Anglian Water, said: “These new reservoirs will provide drinking water, but they offer much wider opportunities. We plan to provide new places to visit and enjoy, economic investments for communities, and homes for wildlife. We have seen what a positive contribution our existing water parks can make to the people who live and work nearby. We want to create the same with these new tanks.

“We are at a very early stage in the planning process and have carried out detailed technical work to help identify the best locations for the proposed reservoirs. We plan to share where we are with this work in the fall when we launch the first phase of consultation on our proposals.

“This will include the proposed locations and our assessment of what we will need to do to deliver them responsibly while minimizing any impact on the environment and local communities. This will give local people an opportunity to give us feedback before we develop our plans further. We anticipate this to be the first of three consultation phases.2

Construction of the new reservoirs could begin by 2030 with the expectation that they would start supplying water to customer taps by the mid to late 2030s.

Daniel Johns, Managing Director of Water Resources East and Chairman of South Lincs Water Partnership and Fens Water Partnership, said: “What is particularly exciting about these two reservoir projects is the huge potential they both offer far greater benefits for agriculture, for local communities. and the regional economy.

Before sharing the detailed work that has been undertaken to assess the best locations for the reservoirs, Anglian Water will soon be contacting all landowners and residents who may be affected. A ten-week public consultation will follow for people to review the proposals and provide feedback.

Over the next few years, people will have multiple opportunities to provide feedback as proposals take shape.

More information is available at: www.anglianwater.co.uk/new-reservoirs.