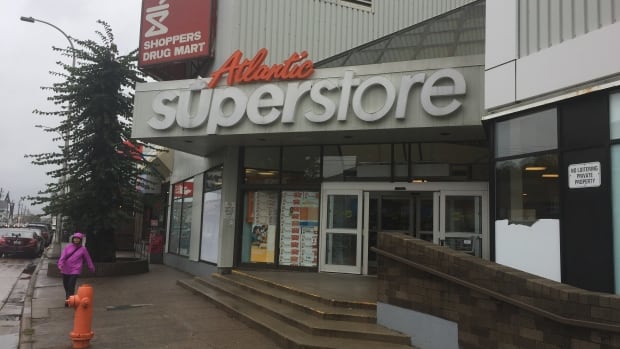 Police patrolling Superstore stores in Halifax have some customers worried

Alison Zimmer was shopping in Halifax on Sunday afternoon when she saw a police officer standing guard at the entrance to her local store.

“I was really disappointed and angry to see him,” she said. “I think it’s a really ruthless response to growing food insecurity.”

Several people in Halifax say they have seen armed Halifax Regional Police officers in uniform patrolling supermarkets in the municipality in recent days and want to know why they are there.

Zimmer said she approached the officer at the Quinpool Road location to ask a question.

“I was very curious if the city was paying him to be there or Superstore,” she said. “But he said he couldn’t answer, which I found odd.”

const. John MacLeod said HRP has an additional duty program consisting of officers who may be requested by businesses, organizations and events to perform policing operations on or near their facilities.

“These requests do not arise from our core policing duties and are only met if there are officers available under the Extra Duty Program,” MacLeod said.

“Officers working on extra duty in grocery stores must wear a full uniform, including their firearm.”

He said the company requesting the agent is responsible for the associated costs.

MacLeod directed questions about specific stores to the company.

“As a business (as with other retailers), we do not comment on the details of our various loss prevention or in-store security measures,” Boudreau said in an email.

Com. Lindell Smith, the chairman of the board of police commissioners, did not immediately respond to a request for comment.

Kevin Payne said he saw a police car parked out front when he drove to the Braemar Drive Superstore in Dartmouth on Wednesday. When he entered, a uniformed policeman stood guard at the entrance.

Payne said the officer walked around several sections of the store “just kind of, you know, checking people out.”

Payne said the presence of the officer made him feel uncomfortable and “a bit shocked”.

“I don’t like the idea of ​​a public police department…protecting the interests of a private company,” Payne said. “It’s a bit too direct and kind of a signal to me that if you have the money, you can hire the police.”

After the experience, Zimmer said she would consider taking her business elsewhere.

“I would definitely be much more comfortable shopping at a store that doesn’t treat its customers like suspected criminals,” she said. “I wouldn’t shop there but unfortunately in many parts of town it’s really the only option.”

She added that she was worried about the potential for violence if a confrontation escalated by having police in the store.

“I don’t think that’s how we solve poverty and food insecurity,” she said, adding that she would like to see more transparency around the additional rights program.

Halifax Regional Police said data on thefts from grocery stores in the municipality is not readily available.