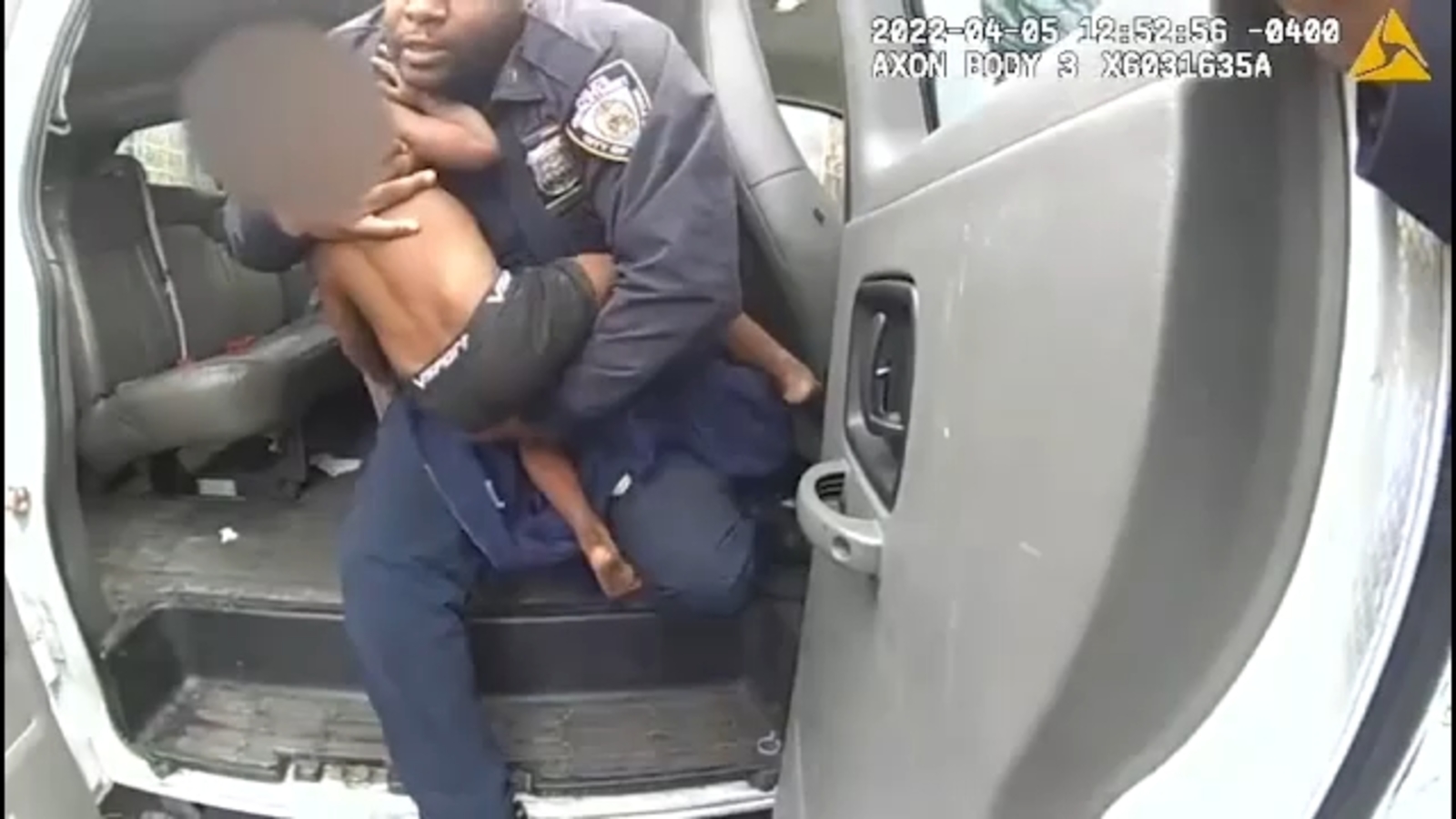 By John M. Barton Last updated May 9, 2022
Share
MOTT HAVEN, Bronx (WABC) – Police have released dramatic video of the moments following a boy’s terrifying fall from a sixth-story window in the Bronx.

NYPD body cameras captured officers responding to the scene and then taking the 4-year-old to hospital on Tuesday.

Miraculously, the boy survived the fall of the Patterson Houses NYCHA complex on East 143rd Street in Mott Haven.

“Yesterday when a 4-year-old boy fell from a 6th floor window in the Bronx, residents caring for the boy immediately called 9-1-1,” the NYPD tweeted on Wednesday. “In a coordinated effort by residents, EMS and @NYPDPSA7 officers, the boy was rushed to hospital and is currently in stable condition.”

It appeared that the child had fallen between a gap in the window created by an air conditioner.

He was alert but was crying and appeared to be suffering from a leg injury.

Officers drove him in their cruiser to Lincoln Hospital’s emergency room, where he was treated for non-life-threatening injuries.

The boy is recovering in the hospital.

The child’s 29-year-old mother was home at the time, and neighbors said it must have been awful times.

“Just thinking about it and imagining a little child coming out the window is horrible,” neighbor Lei Suarez said. “It’s horrible.”

New York City requires all apartments where children 10 and under live to have window guards.

Some neighbors say it doesn’t matter, seeing some windows without the guards is unsettling.

“From what I can see, there’s nothing on those windows,” said neighbor Jaelina Lantigua. “On some of the windows right there, there’s no door, the siding with it.”

A NYCHA official who saw photos of the apartment said there were window guards in all other windows in the apartment, as required, and the air conditioner remained in the window where they believe the child fell.

The NYCHA spokesperson said tenants are allowed to have air conditioners in apartments and the investigation is ongoing into what happened during this incident.

“NYCHA is investigating this unfortunate incident and will work with the family to ensure they have the services they need,” the agency said in a statement. “Upon initial review, window guards are present throughout the apartment where required and last checked in February 2022, and there are no repair work orders on file for the air conditioners present in the residence.”