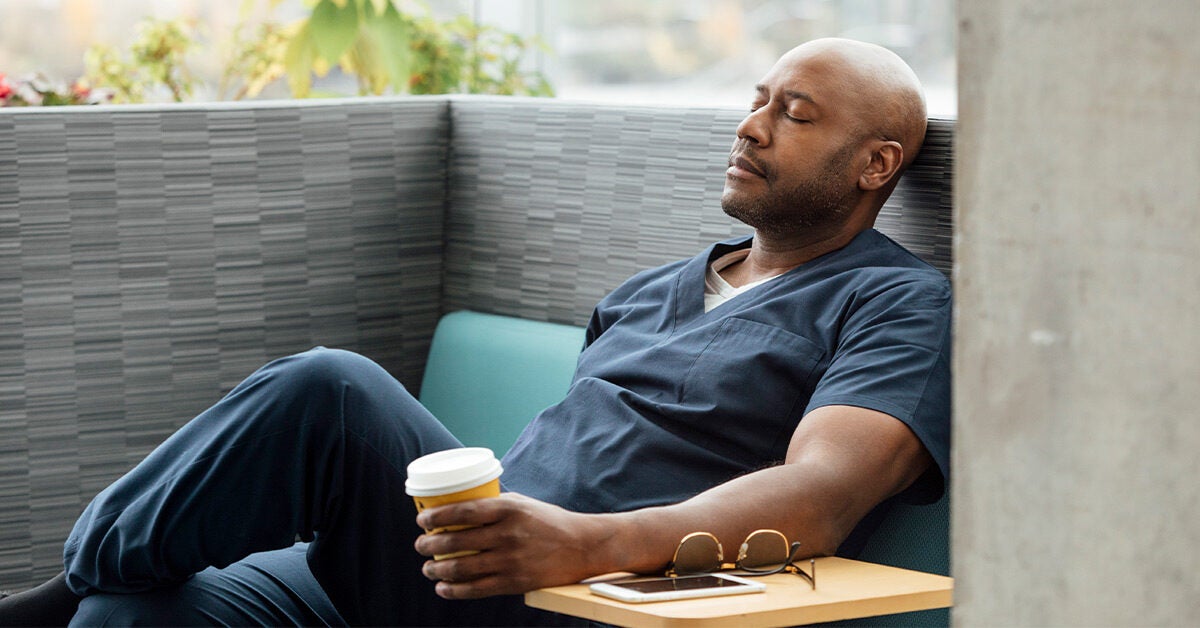 People in their 40s tend to sleep the least

If you’re around 40 and feel like you don’t get much sleep, researchers have good news and bad news.

The bad news is that you’re right – you’re probably not.

The good news is that it gets better from here.

A graph of how people in the United States sleep over their lifetime forms a U-shaped pattern throughout our lives, with age 40 being the bottom, according to a by researchers at the Medical College of Georgia at Augusta University.

Genetic epidemiologist and study co-author Dr Xiaoling Wang wrote that the amount of sleep we get tends to decrease over our lifetimes, although his team found that sleep efficiency levels off. from 30 to 60 years old.

They confirmed that children and teenagers slept later, middle-aged people slept less, and sleep time went back up around 60.

The researchers looked at data from 11,279 people aged 6 and over from the National Health and Nutrition Survey (NHANES), which focuses on different populations or health topics. Data on these participants was collected from 2011 to 2014 and published at the end of 2020.

Participants wore accelerometers on their non-dominant wrist 24 hours a day for seven consecutive days. The device did not directly measure sleep time. However, the researchers used movement as a measure, assuming the lower amount meant the subject was asleep.

“What was a little surprising was that sleep efficiency stabilized instead of dropping,” Mishra said. “A lot of people think that the older you get, the earlier you wake up and the more sleep problems you have.

“Mid-life is the busiest time of life for most people. Work and family responsibilities tend to intensify during these years, making it harder to get a good night’s sleep,” he said “A lot of people at this age have more responsibilities and obligations than when they were younger.”

Mishra said people in their 40s start caring for their parents and start having their own physical changes that affect sleep.

“Many middle-aged people are also part of the sandwich generation, where they’re stuck in the middle of caring for their own families while taking care of their aging parents,” he said. “Additionally, hormonal changes can cause middle-aged men and women to wake up more during the night.

“Stress is another common reason middle-aged people sleep less,” Mishra added. “It could be due to work stress, financial stress or family stress. Middle age is also a time when many people begin to experience health issues, which can make it difficult to sleep.

Dr. Hector Perez, a general and bariatric surgeon in Cancun, Mexico, told Healthline that sleep hormones can slow down around age 40.

“Their bodies may not be able to produce the same hormones that help them sleep, such as melatonin,” Perez said. “They may have more health conditions that make it difficult to sleep, like arthritis or insomnia.”

The National Sleep Foundation recently released tips for getting better sleep this summer, including recommendations on how much sleep different age groups should strive for.

Adults should aim for seven to nine hours of nighttime sleep. People over the age of 65 are recommended to take seven to eight hours.

The group also provides tips for a good night’s sleep, including:

Get a healthy amount of bright light exposure during the day. Natural light or equivalent brightness is best and suits outdoor summer plans.

Eat your meals at regular times. This can help maintain a healthy sleep/wake cycle.

Use a consistent relaxation routine in the evening. Try different things to find out what works best, including warm showers or baths, tea, listening to soft music, or reading a book.

Create an environment conducive to sleep by putting away electronic devices an hour before bedtime and sleeping in a quiet, cool, and dark environment.