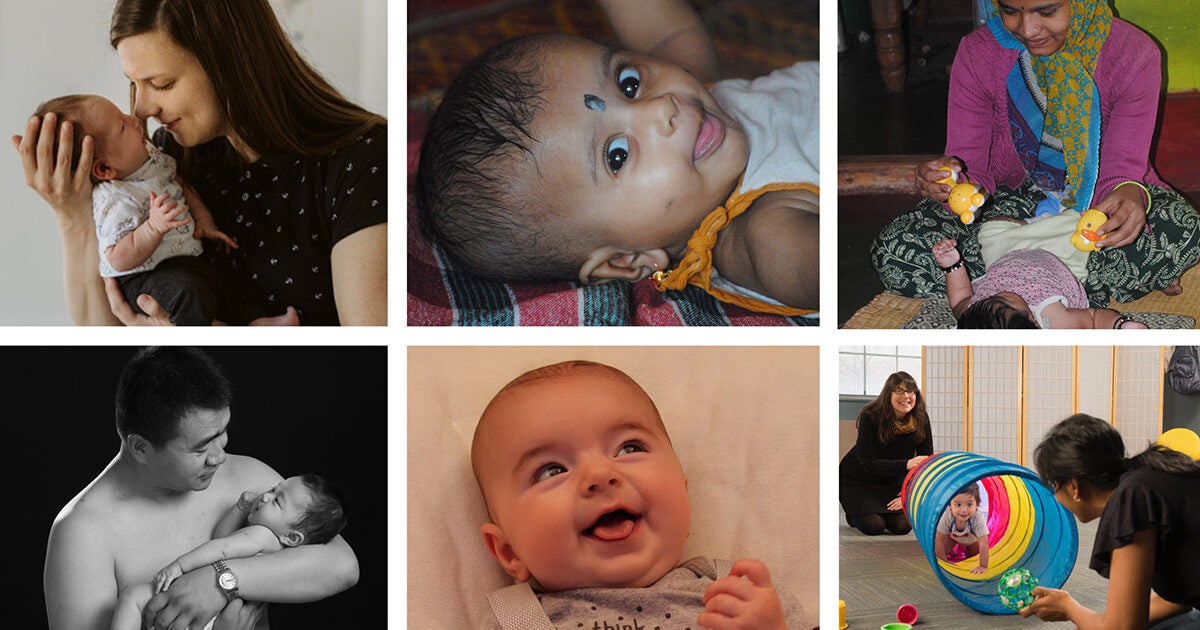 The first clip is for adults; second, infant-directed speech.

Listen to more recordings at the Music Lab.

Overall consistencies in infant-directed speech included higher pitch and increased pitch range. Other features that appeared repeatedly in the recordings were contrasting vowels (such as stressing a long “e” and a short “e” in the same word) and clarity of pulse (using a musical voice). When the researchers analyzed the song, they noticed constant changes in tempo and timbre.

The group trained a machine-learning model to use features like pitch and volume to guess whether a recording was intended for infants or adults. The model was largely accurate in its determination across the 21 societies and strengthened the case for global consistency, according to Courtney Hilton, postdoctoral fellow in the Department of Psychology and co-first author of the paper.

“Our study provides the strongest test yet for whether there are acoustic regularities in infant-directed vocalizations across cultures,” Hilton said. “It’s also really the first to convincingly address this issue in both speech and song simultaneously. The consistencies in vocal characteristics offer a truly tantalizing clue to a link between infant care practices and distinctive aspects of our human psychology related to music and sociality.

This research builds on previous studies showing that lullabies and altered speech patterns can have a calming effect on infants, as well as animal findings demonstrating the clear function of vocalizations such as sounding the alarm for a approaching predator or signal friendliness and accessibility.

“When we were selecting the characteristics with which to examine singing and speech intended for infants, we specifically appealed to certain basic bioacoustic principles that can be held constant not only in humans, but in different animals,” said Cody J Moser, a co-first author on the paper, a doctoral candidate at the University of California Merced and a visiting student at Harvard’s Graduate School of Arts and Sciences. “Things about how we change our tone towards our infants might have their roots in how other animals communicate with each other.”

A secondary part of the study involved members of the public trying to identify whether a vocalization was infant-directed or adult-directed. More than 50,000 English speakers speaking 199 languages ​​and originating from 187 countries took part in this part of the study. Most were accurate in their assessments, regardless of their native language or culture. This aspect of the research has confirmed that people can pick up acoustic markers of infant speech and song, even if they do not understand the words or cultural references.

How People Alter Their Voices When Talking to Infants