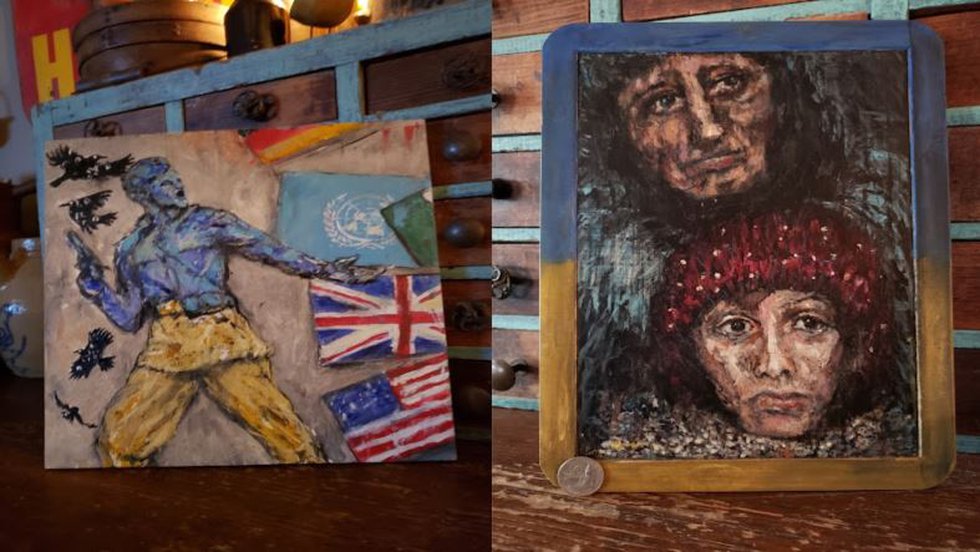 JACKSONVILLE, NC (WITN) – When it comes to tough topics, some people prefer to talk about it, while others express themselves through song, dance or image. Meanwhile, an Onslow County man shares his message in a rather unexpected way.

Whether it’s midnight or noon – whenever inspiration strikes – Sean Manley grabs a brush.

“I am not a poet. I try to be a painter, so that’s how I express it, with a painting rather than, it says what I feel rather than writing words,” Manley said.

He is driven to create many things, from nature to his thoughts on current events.

“I know where they’re coming from about starting World War III, but I don’t know if there’s a way to stop it without stopping it immediately,” Manley said.

Lately, like many other Americans, the war against Ukraine has been on his mind. “Just because they’re not in NATO, all the countries are sitting around waiting and in the meantime, women and children are dying.”

Manley has brought his thoughts to life in hand-painted images he shares in some of the most unexpected places.

“I hide them around Jacksonville in public parking lots. I never hide them inside a store,” he said.

For people who find its treasures, their art display can be between two white lines or leaning on a lamp post.

“They can put it on their fireplace or put it in their closet or in their bedroom. It’s totally up to them,” Manley said.