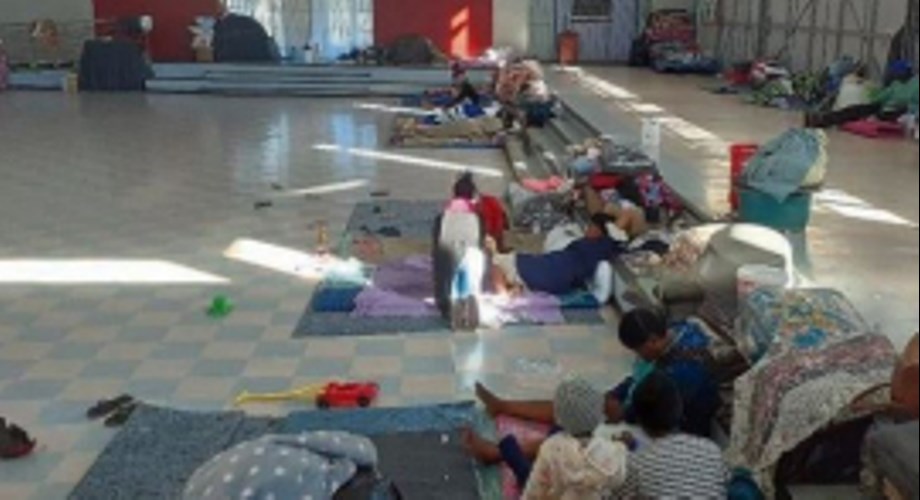 The provincial government of KwaZulu-Natal has asked all municipalities to identify and allocate community halls to be used as shelters for the homeless.

This follows weekend storms, which caused flooding of roads, settlements and damage to property.

According to the South African Meteorological Service (SAWS), the rains mainly affected coastal areas, with those around eThekwini being affected.

Giving an update on the latest storms and flooding, the KwaZulu-Natal Provincial Government and eThekwini Municipality said some areas are currently inaccessible and have become islands.

A number of roads and bridges, particularly at uMdloti and La Mercy, have been affected and road users are advised to be vigilant and stay home if possible.

The provincial government said around 250 people have been evacuated to health centers in Tongaat and Tehuise.

“Currently, 82 health centers with 3,186 people identified around the city can be used to accommodate people. So far 40 people in St Catherine, Waterways in Tongaat 44 units, Plain Street, retirement village in Tongaat have been evacuated.

“Westbrook Pension Village was evacuated. A total of 190 people were evacuated and the fire unit assisted in pumping water into the ward. Ilembe district was badly affected with a number of homeless households and road network infrastructure affected,” a joint statement read.

In King Cetshwayo, severe damage was reported to the Ngobese house, which fell due to heavy rain and wind. A family of nine living in a one-room house had to be relocated following damage to their home.

Zululand district has also experienced heavy rainfall and is being closely monitored.

“We can assure the people of KwaZulu-Natal of the disaster preparedness of all our teams in all districts, including being vigilant in all flood-prone areas.”

“In case flood-prone areas need to evacuate people due to rising waters, the open halls will be able to accommodate them. So far, social partners such as the Red Cross, Al-Imdaad Foundation and many others have been activated to support municipalities with humanitarian aid and hot meals.

“Provincial and municipal emergency services have been activated and they are ready to respond quickly. The activation of the yellow factory by the municipal technical services has been carried out for areas prone to snow.

Sector departments and other stakeholders, including NGOs, were also asked to activate their respective contingency plans to ensure that damaged public infrastructure is repaired immediately.

(With contributions from the South African government press release)

We must maintain and not neglect the forests