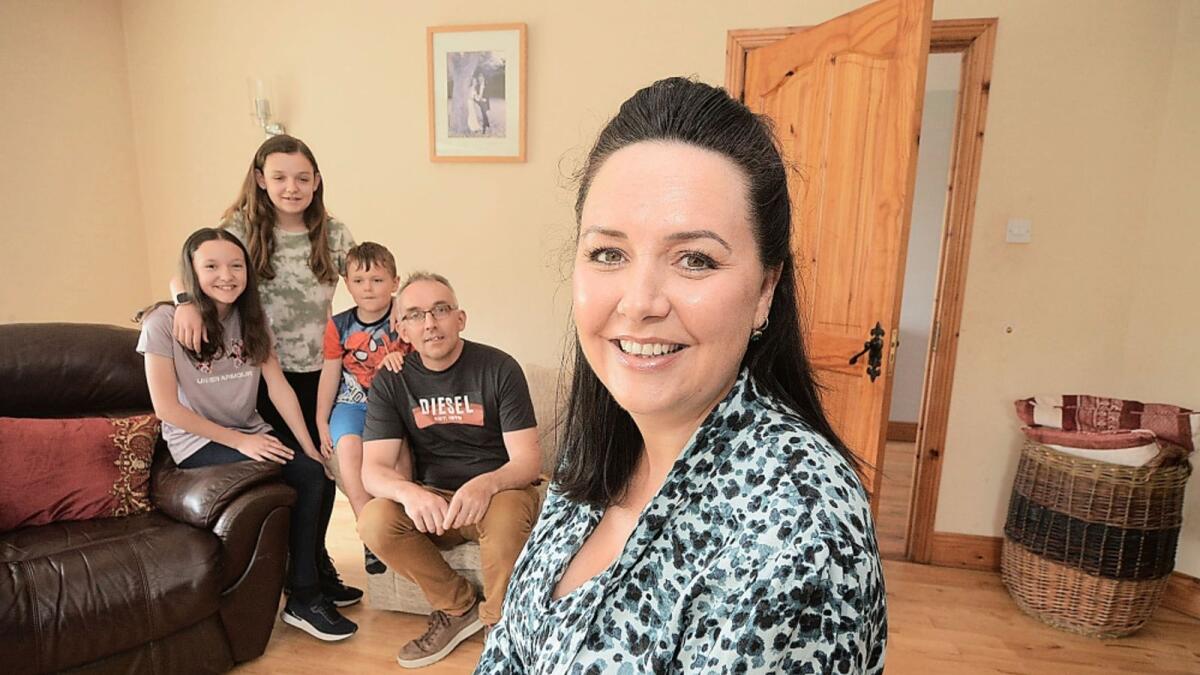 “I felt so sick and I was so sick, but women tend to go on and say we’re great”

A mother of three from Gormanston who was diagnosed with ovarian cancer when she was just 45 says many women don’t know the symptoms of the disease and points out that it can often be diagnosed wrongly as something else.

Ingrid Halligan Dunne is taking part in an Irish Network of Gynecological Oncology (INGO) awareness campaign which aims to highlight the symptoms of ovarian cancer through their ‘BEAT’ message and she is one of three women who feature on their video campaign.

BEAT stands for persistent bloating that doesn’t come and go; eat less and feel full faster; abdominal and pelvic pain that you feel almost every day; and toilet changes in urination or bowel habits.

Ingrid urges women to be aware of the symptoms and that if they feel unwell and have any of the symptoms, make sure they go get checked out. She also said many women thought it only affected older women, but she was only 45 when she was diagnosed with stage three ovarian cancer.

“I felt so sick and I was so sick, but women tend to go on and say we’re grand. That’s the problem, it’s going on and I don’t know any women who have been diagnosed with stage 1 or 2.

“If there is a woman running around at school or at work who is not feeling well, please go and do something about it.

“Women, especially in Ireland, are so resilient and think they can go on and say I’ll be great. We need to get them in a little earlier. If I could stand up and shout that, I would,” Ingrid said.

Originally from Balscadden, Ingrid is married to Noel Dunne and the couple will soon be celebrating their 20th wedding anniversary. They have three children Neala (13), Nisha (12) and Charlie (6).

Ingrid explained how difficult it can be to diagnose ovarian cancer and because of this it is usually in an advanced stage before it is detected. She also pointed out that a smear test does not detect it and this is also a misconception that many women have.

“There’s not a single test that picks it up. If you have the symptoms, go to the doctor and push for a CT scan and a CA125 blood test can also help indicate that.”

Ingrid recalled that her symptoms began in January 2019. “I was at the doctor and was told it was irritable bowel syndrome. mom with three children, the youngest was only three at the time.

“I was 45. There’s a misconception that ovarian cancer only affects older women, that’s not necessarily the case. In May 2019 I had a CT scan and then a MRI in July and then there was a big panic in August when they realized it was ovarian cancer.”

At this point, Ingrid said she felt terrible.

“I was very bloated and felt full most of the time. I also had terrible back pain. And I was quite short of breath.”

The moment she was diagnosed, Ingrid says she knew something was wrong.

“I was getting worse and worse and always running around with the kids and blaming it on busy mum syndrome. That’s something I would say to all mums in all playgrounds. If you’re feeling wrong and something is wrong, please get checked out.”

She explained that the cancer had spread to organs around her ovaries and she needed cytoreduction surgery. Ingrid had her ovaries, uterus and fallopian tubes removed along with her appendix and it spread to the lining of her abdomen.

“The main point I want to drive home is that people are unaware of the symptoms and they are often misdiagnosed. When detected they tend to be at a later stage and more extensive surgery is so necessary. If it had happened at stage one or two, maybe I should have just had my ovaries removed.”

Ingrid is taking part in a video campaign to highlight the symptoms and said two other women in the video with her were all diagnosed in their 40s and had undergone similar surgery.

She said the treatment was difficult but you just keep on reaching the goal – getting to the end of the treatment.

She is doing well and initially had scans every three months, but this has recently been pushed back to every six months.

Speaking to other women who have had the operation, Ingrid said they all say the same thing, that they don’t feel able to work full time.

“I am an independent accountant, I still work but I don’t do as much as before.”

She said her husband Noel, family and friends have all been extremely supportive and she cannot thank the people of the local community enough for all they have done for her.

World Ovarian Cancer Awareness Day took place on Sunday with 10 buildings across Ireland lit up in the campaign teal color as part of the awareness campaign.

Symptoms of ovarian cancer can often be mistaken for irritable bowel syndrome, but the INGO says this rarely presents for the first time in a woman over 50.