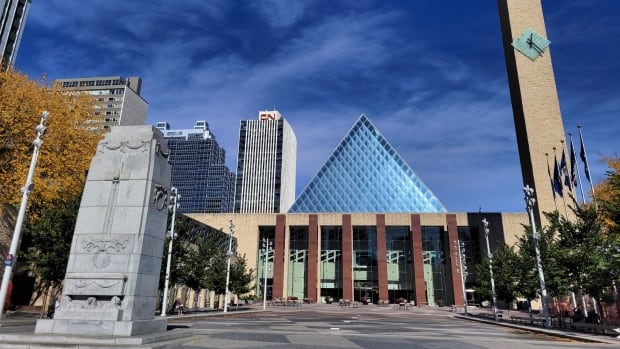 Fewer people tend to vote in municipal elections in Edmonton than in Calgary. We look at why

More Edmontonians voted in this year’s municipal election than in the previous four elections, but overall turnout was even higher in Calgary.

According to Edmonton Elections, the turnout for the October 18 election was 37.6 percent.

The 2021 Calgary election saw a turnout of 46.36%. Data shows this has been trending since at least 1983 – the oldest publicly available year to compare the two cities where Calgary typically has a higher turnout than Edmonton. Sometimes significantly.

There are several hypotheses as to why this can happen, according to political experts. But there is one theory that suggests competitive racing creates a sense of urgency and drama that engages people.

Data shows that about a third of eligible voters in Edmonton usually vote at the municipal level. There were a few years where this trend faltered: in 1992 Jan Reimer faced a close race for re-election against Bill Smith. The participation rate was 51.7%.

In 2007, Stephen Mandel was widely re-elected, with just over 27 percent participation.

In Calgary, turnout fluctuates more often – yet the city tends to have a higher turnout than Edmonton. There have been 13 municipal elections since 1983. Calgary topped Edmonton’s turnout in eight, including the last five.

At times voter turnout has been tight, such as in 2001, when Calgary saw 37.7 percent of voters versus just over 35 percent in Edmonton.

This information was not available for the recent elections, so the number of eligible voters was estimated based on city and province statistics, according to a city spokesperson.

Tight races make voters believe there is “more at stake”

Brown led focus groups with voters after the municipal election to gauge what they thought and how engaged they were.

Her research led her to formulate some hypotheses about why voter turnout was higher in Calgary, such as the plebiscite on the reintroduction of fluoride into the city’s drinking water, which she says may have prompted more people to go to the polls.

But one theory seems to hold: close electoral races are more engaging.

Although there were fewer polls in Edmonton, Brown said the consensus was that the race-winning Amarjeet Sohi was clearly the favorite. The focus group participants she spoke to did not recall the Edmonton election as being very interesting.

In Calgary, Jyoti Gondek received about 45 percent of the vote and comfortably became mayor-elect. But before Oct. 18, Brown said polls suggested it would be a close race between Gondek and Jeromy Farkas.

â€œThere is the perception that there is more at stake,â€ she said.

“If it is a close race, you are more likely to think that your vote could be a determining factor.”

To show how this is true, Brown highlighted the previous four elections in Calgary.

In 2013, Mayor Naheed Nenshi was the incumbent and traveled for another term, she said. Data shows that the turnout was around 39.4% that year.

Brown compared political engagement to the TV show Ted lasso – once there was the hype, people watched.

“If you’re not careful and you haven’t developed an opinion, you’re not going to vote.”