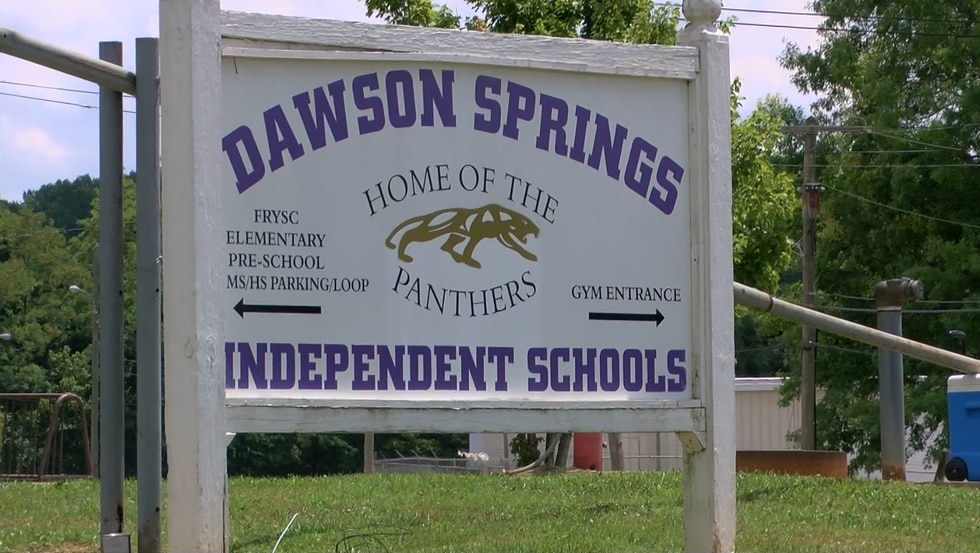 DAWSON SPRINGS, Ky. (WFIE) – Hot off the heels of the Dec. 10 tornado, independent schools in Dawson Springs ended the year with fewer students than normal.

Now, just before they reopen on August 10th, they are making some changes in an effort to try and restore that number.

Recently, House Bill 563 was signed into law in July to allow public schools to expand their boundaries if they have vacant seats in the classroom.

For Dawson Springs, this bill passed just in time.

Superintendent Leonard Whalen said after the December tornadoes many families lost their homes and had to move outside the school district.

This meant that they had to enroll in different schools at the start of the spring semester.

“We look forward to reuniting with our students,” Whalen said. “You know, we’ve had students that we’ve moved and had to move to other areas, some have had to move outside of the area, some are still close to the district. We just hope to bring them back if they weren’t with us at the end of the year.

Whalen said the goal for this upcoming school year is to simply get back to normal and bring families home.

He said he hoped the expanded enrollment option could do just that.

“You know, we’re small and we’re our hometown. You know, you don’t get that everywhere. We build a lot of relationships. We don’t just enroll students, we engage families,” Whalen said.

This new opportunity is for students in kindergarten through 12th grade.

Officials said bus routes will also change to reach students who are now outside the city.

Whalen adds that some families who have moved have already benefited from the change, saying they want to send their children back to Dawson Springs.