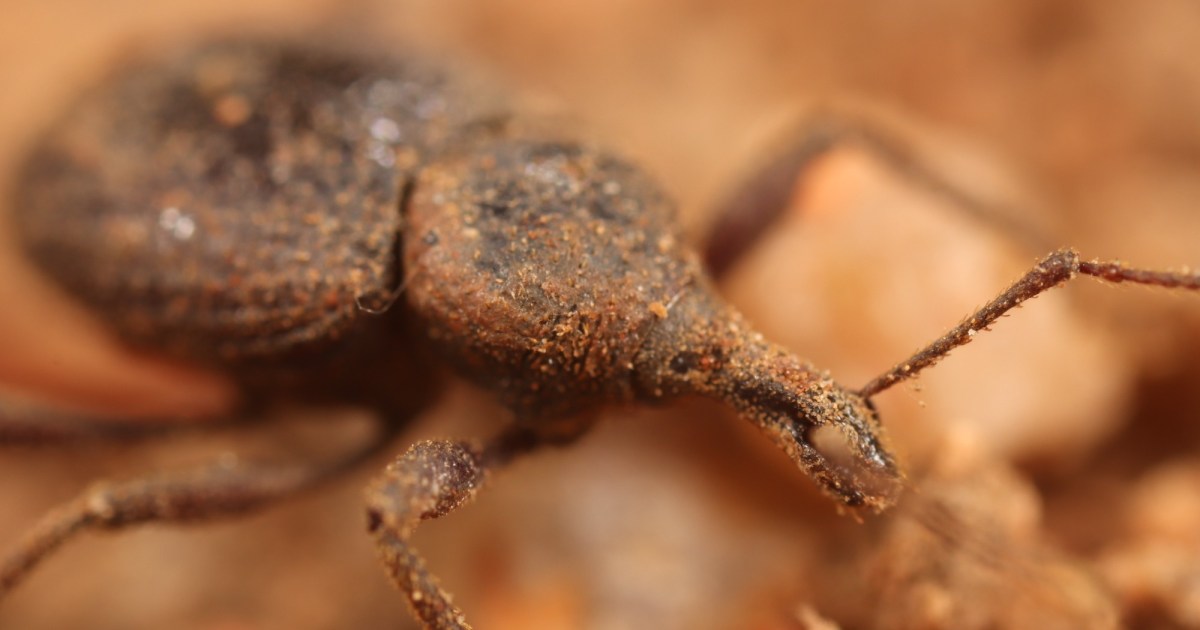 Ants caring for caterpillars? Millipedes with over 1,000 legs? –Mother Jones

This story was originally published by the Guardian and is reproduced here as part of the Climate office collaboration.

A blind cave weevil, an ant that protects the caterpillars of one of Australia’s rarest butterflies, and the first millipede to have more than 1,000 legs were among 139 new species described by CSIRO scientists last year.

Other finds officially named and described in scientific journals include 131 insects and other invertebrates, four fish, three plants and a frog.

One of the invertebrates, a parasitic flatworm now known as Enenterum petrae—was discovered inside a fish specimen taken from Lizard Island on the Great Barrier Reef and named for CSIRO scientist Daniel Huston’s new daughter, Petra.

As if to take the children to the buffet, the ants carry the caterpillars… to the fresh leaves of the bull oak, protecting them and letting them feed.

A newly named ant—Anonychomyrma inclinata—has a remarkable relationship with one of Australia’s rarest and most striking butterflies, the Jewel Bulloak. Like taking children to a buffet, the ants carry the caterpillars in their jaws from their daytime hiding place under the fresh leafy bark of bull oak, both protecting them and letting them feed.

Around 100 of the new species that CSIRO scientists have helped describe are Australian. Most of the scientific papers involved collaborations between CSIRO and other organizations and institutions. They include the first centipede to have more than 1,000 legs, found 60 meters underground in a mining area in Western Australia; a new mountain frog; and four new marine fish.

Among the insects was a new genus of beetle, undarobius, which has two species that are the first weevils found in Australia to have evolved to live in caves. The species was discovered in lava caves in Undara Volcanic National Park in northeast Queensland. Yeates said the weevils lacked eyes – an evolutionary trait common to cave-dwelling organisms – but were likely a relic of their ancient rainforest cousins.

CSIRO experts say only around a quarter of Australia’s flora and fauna have been officially recorded, but the process was key to understanding and protecting the country’s vast ecosystems.

John Pogonoski, a CSIRO fish scientist, helped name four new species of marine fish, including three brightly colored anthias, rarely seen as they live deeper than divers usually go. Pogonoski said the new silver algae, heteroclinus argyrospilos, lives up to 100 meters below the surface and has been described from only two known specimens collected by a CSIRO research vessel between 2000 and 2005.

“Working with our research community to name species is hugely important – it’s the first step for Australia to understand and manage its biodiversity,” Yeates said. “As a country, we are still in the very exciting phase of species discovery.”